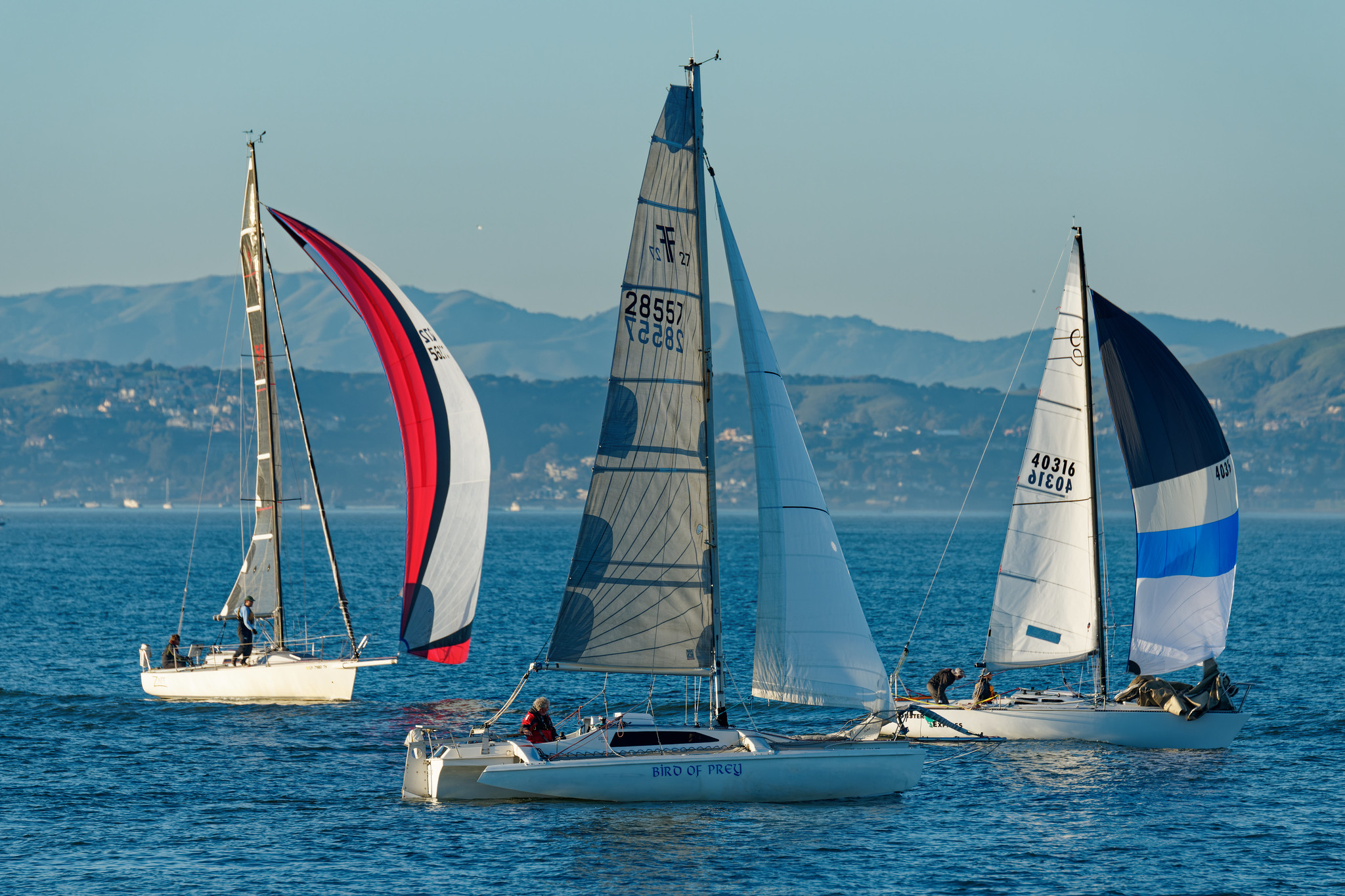 Congratulation to Glen Murray and Coleen Kane for winning the Doublehanded Multihull Division in this year's TBF. As described it in his race write-up:

"Had a game plan to do RR first. More wind out there than I thought so was second guessing that for awhile. We started ok. Truls was right behind us. It was marginal for us to get over Alcatraz so we cracked off and Lee bowed the current racing out of the South Bay all away across to Richmond. Worked out as the guys under angel got lighter winds and a bit headed I think. We were in a good position towards RR. Rounding RR was tough but when I tacked to round I could quickly see it was not happening so put another hitch in and rounded while other were fighting the current on multiple tries. The drift to TI was tedious until the wind picked up. We had tide under us until TI but by then it was just 1 knot and we were doing 6. The fetch to Alcatraz was good until we got to Alcatraz and the wind died. Fortunately the tide was still ebbing so we just pointed the bow at blackaller and waited it out. Eventually got there and waited for a new breeze to fill in. Which it eventually did."

Further Congratualtions to Alan O’driscoll & Bryan Wade for finishing second. They also stuck it out to finish.

Thank you Steve Green for the excellent pictures, as always.

Posted in Uncategorized
Scroll To Top